Jeonju-si revealed the policy at the ‘Final briefing session: Basic plan for creating Eco-Zoo’, held in the hall of Korean traditional culture on the 15th of this month. It was decided to spend 40 billion won of budget to recreate the ‘Native forest’ where animals can mutually coexist with people rather than being trapped in abusing facility. 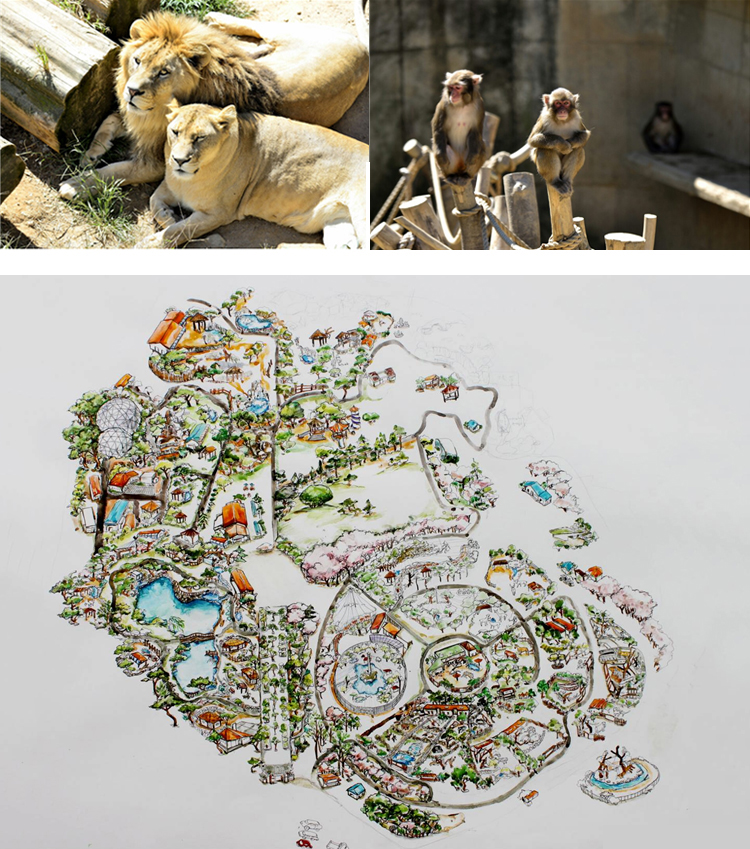 The municipal authorities will firstly remove all the concrete in the zoo, which is artificial facility, and recreate the habitant of each animals by planting grass, tree, flower, fruits, etc. Moreover, the captive animals will be freed out of cages to play as much as they like in the grassland and forest, etc.

Particularly, one of the finalize critical species, the otter (No. 33 of the natural monument) selected as the representative of the future Eco-Zoo by the authorities. Also the ‘Forest of species conservation’ for breeding and habitant of the wild animals will be made to recreate the habitant of Siberian Tiger.

Besides, the ‘Forest of native animals’ showing the coexisting of animals and people of the past Korean village will be also created around Girinji which is located in the left side of the entrance. It will be the forest for animals like otter, lynx, elk, wolf, etc.

At the same time, Jeonju-si decided to provide various programs to watch and experience for the visitors. The environment of former zoo and nature ground will be decorated as the real habitant of the relevant animals, and the landscape-emphasizing type of displaying method will be also introduced to protect the privacy of animals and to highlight the mystique of viewing.

Choi Rak-Gi, the Chief of Welfare and Environment Bureau of Jeonju-si, said “Since opened in 1978, Jeonju Zoo has been unable to meet the demand of citizens due to the worn-out facility and old-fashioned displaying method, etc.” and declared “Jeonju Zoo will be changed to an educational place where citizens can commune with animals; learn life respect, biological diversity, and ecosystem.”