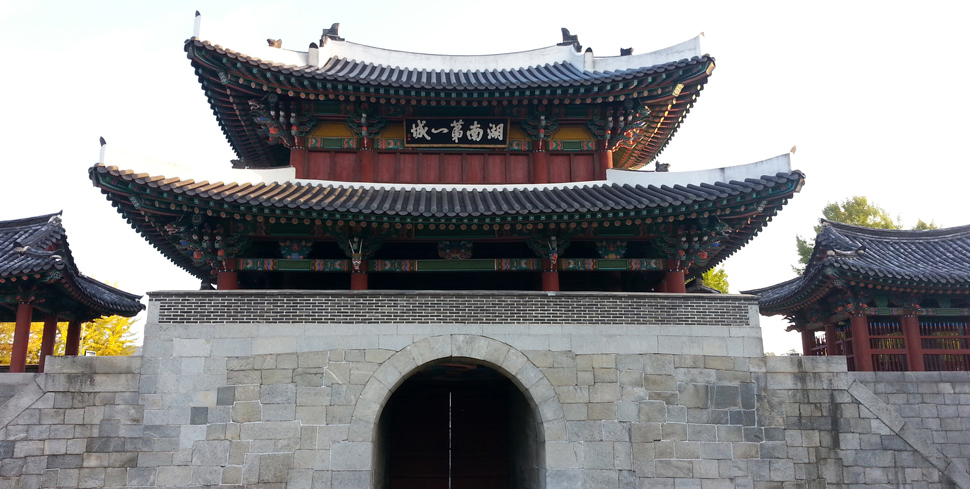 Pungnammun, the only remaining gate among the four great gates of Jeonju
Pungnammun Gate established by Jeolla Governor Choi Yoo-Kyong in 1388, it has the same form of characteristic with Sungrye Gate (South Gate) of Hanseongbu, the capital of Joseon. Moreover, it was the place where the Donghak peasant army and the royal forces fought a fierce battle; the peasant army achieved great victory at Hwangto-hyeon during Donghak Peasant Revolution in 1994. It is told that the stones used to lay the foundations of Jeondong catholic church are from the rampart of the Pungnammun Gate that is near the church. 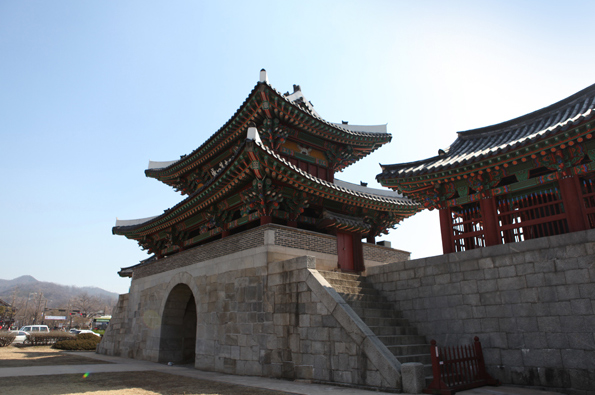 Pungnammun Gate, which is the on the south part of the old Jeonju Buseong (Jeonju Castle) is the only remained National Treasure, Number 308.

The castle was built in 1338. Afterwards, the fortress and gates were all destroyed in 1597 (the 30th year of King Yeongjo); Governor Jo Hyeon-Myeong rebuilt the fortress and called the southern gate ‘Myeonggyeonru.’ However, it burnt again in 1767 (the 43rd year of King Yeongjo) due to the big fire. In the next year, Governor Hong Nak-In reconstructed the fortress, called the north gate ‘Pungnammun’ and the west gate ‘Paeseomun.’

Thereafter, the original form of castle was destroyed: the bell tower and bastion were partially demolished, and the ground was buried, etc. However, the original shape was recovered by the 3 years of repairing since 1978. The name ‘Pungnammun’ is based on the name ‘Pungpae’, which is the hometown of Yubang who unified China, the first emperor of Han. The south gate of the castle was called ‘Pungnammun’, implying ‘the south gate of Pungpaehyang, Jeonju.’ 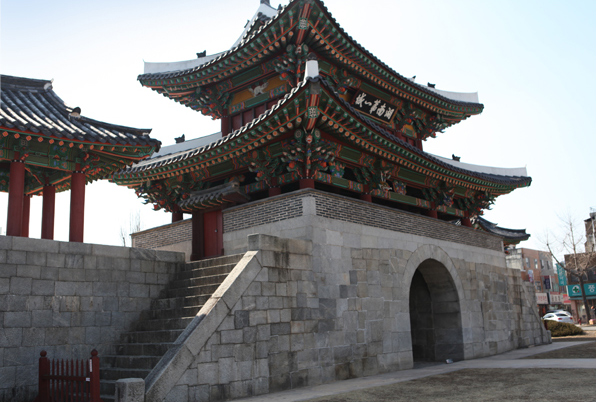 The first floor of Pungnammun has three rooms for each the front and side; the second floor has three rooms for the front and one for the side. There are four pillars built on each in front of the gate tower and behind the gate tower, reaching to the upper side to form edge columns of the second story. This kind of arrangement was not common in Korea, therefore the architectural value of Pungnammun is also highly rated. 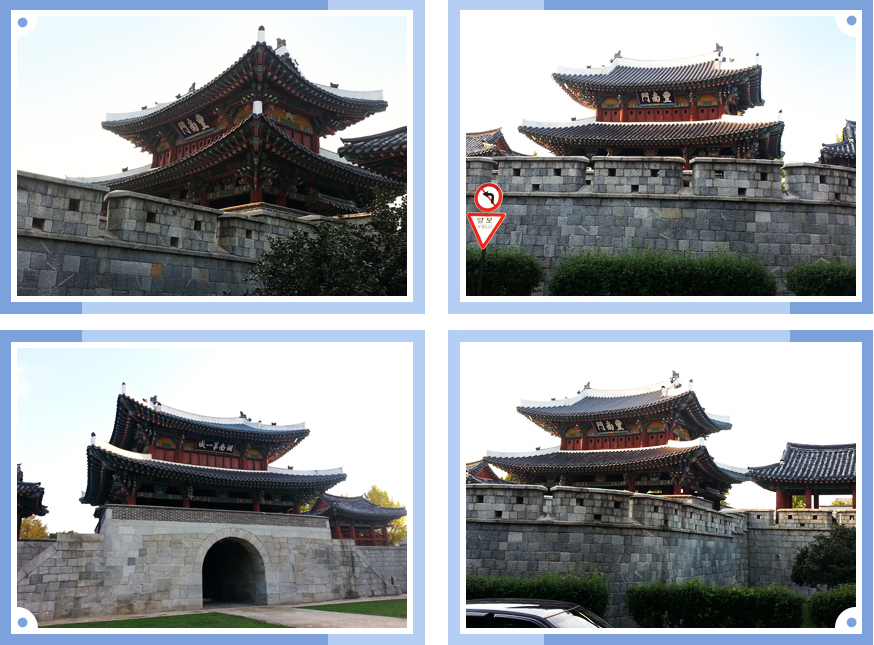